The Top Most Water Polluting Sectors

The raging temperatures that scorched all corners of the planet throughout the summer of 2022 came as an ominous reminder that climate change is moving beyond nervous theory and into real life. Forest fires, droughts, and melting tarmac triggered unanimous protestations against those industries that continue to pump billions of tonnes of carbon emissions into the atmosphere.

Though we tend to think of pollution as an upwards moving entity with thick, dark plumes of smoke ascending towards Earth’s atmosphere, it also moves downwards and into our waterways. As all life on our planet depends on water for survival, the pollution of it is a gravely serious matter.

In this piece, we explore what constitutes water pollution, the sectors that are among the worst offenders, the effects of water pollution, and how your business can avoid becoming a polluter itself.

What is water pollution?

Water pollution describes the process whereby harmful substances, typically chemicals, plastics, and microorganisms, contaminate a body of water. Where these pollutants reach a certain volume, the quality of the water degrades to a level that it becomes toxic. It is unsafe for humans, unable to sustain marine life, and becomes destructive to surrounding ecosystems.

Groundwater pollution: When we think of water sources, we tend to think of rivers, lakes, seas, and oceans. It’s easy to forget that much of our water, particularly drinking water, is in the ground beneath our feet. In some parts of the world, groundwater is the only source of fresh water.

When industrial contaminants are negligently disposed, causing them to bleed into the earth, any groundwater present is soon polluted. Apart from making the groundwater unfit for human consumption, in sufficient volumes the contaminants can render it unusable for decades. Moreover, decontamination of groundwater is notoriously difficult and expensive.

Surface water pollution: This is the water we can see. Those rivers, lakes, seas, and oceans. Generally speaking, the UK has had a good record of keeping its surface water sources clean but there are worrying signs that regression could be setting in.

Between 2015 and 2019, the number of surface water pollution incidents increased by over a thousand from around 6,500 to 7,600 with most caused by water/sewage companies and agriculture.

Which sectors are causing the most water pollution?

As well as gulping around 70% of the planet’s fresh water, making it the largest global consumer, agriculture – particularly farming and livestock management – is also one of water’s most prolific polluters. Across every continent, the sector is the leading cause of water spoilage.

Whenever there is precipitation, the fertilizers and pesticides used on crops, coupled with the waste from livestock, washes chemicals, bacteria, and viruses into nearby waterways. The nutrients in animal waste also cause what is known as nutrient pollution, where excess nitrogen and phosphorus seeps into water sources.

Today, nutrient pollution is widely regarded to be the primary threat to global water quality, creating noxious swamps of algal blooms that are hazardous to both humans and wildlife.

There is a grim irony to the fact that water treatment facilities are also responsible for a significant amount of water pollution.

Globally, around 80% of wastewater makes its way back into ecosystems without being treated or reused. This contributes to an ongoing situation where around 1.8 billion people use a source of drinking water every day that contains high levels of faeces, risking a range of illnesses including typhoid, cholera, and dysentery.

Water and sewerage facilities work to reduce the volume of pollutants in sewage, including the metals and toxic chemicals found in industrial waste, before returning the cleansed water back into waterways. However, given the volumes of water the industry processes, the contaminated water that is discharged back into waterways untreated, makes it a major pollutant.

Though it might be the major offshore spills that grab headlines, it is every day consumers who are inadvertently responsible for most oil pollution in our seas and oceans. Much of it comes from the oil and fuels that leak from the vehicles we drive, the factories and farms many work within, and the conurbations in which we live.

The accidental oil spills that make for such dramatic scenes on our televisions actually only account for around 10 – 15% of all oil that escapes into the oceans each year. However, the routine discharges of the shipping industry, both legal and illegal, contribute about a third.

Industries that use radioactive substances

Radioactive pollution refers to any substance that emits radiation beyond what an environment release naturally. Typically, it is produced through the likes of uranium mining, the operations of nuclear power plants, the manufacture and testing of large-scale weaponry, and by universities and healthcare facilities that use radioactive materials for research.

Given the half-life of radioactive substances can last within environments for thousands of years, disposing of it presents a major challenge. In the US for example, the clean-up of the decommissioned Hanford nuclear weapons production site in Washington, required 56 million gallons of radioactive waste to be disposed, a process expected to cost over $100BN and take until 2060 to complete.

Though decommissioned after the Cold War, by 1998, around a third of the 177 underground tanks that stored this radioactive waste at Hanford had leaked waste into the surrounding soil and groundwater. Further leaks were reported in 2013 and 2017. A stand-alone example, The Hanford site demonstrates the harm that industries using radioactive substances can do to water sources.

The effects of water pollution

Human health: Polluted water isn’t just harmful to human beings; it can be deadly. Indeed, at least one estimate put the number killed by contaminated water in 2015 at 1.8 million.

Each year, polluted water afflicts the health of around 1 billion people globally. That’s one in 7 made ill by contaminated water annually with communities lower down the socio-economic ladder disproportionately affected as they are often those closest to the most polluting industries.

Even in wealthier nations, the accidental or illegal discharge of contaminants into waterways release pathogens that can cause serious illnesses such as Legionnaires’ disease.

If heavy metals such as arsenic, lead, and mercury seep into water supplies and are then ingested, they can cause a range of serious of health issues, from cancer to hormone disruption, to altered brain function. Children and pregnant women are those most at risk.

The environment: The health of any environment depends on the ecosystems that exist within them and the sustainability of the intricate webs of wildlife, plants, bacteria, and fungi. If just one of these groups of organisms is imperilled, the whole ecosystem can collapse, taking the environment with it.

Where algal blooms form in a marine environment as a result of nutrient pollution, oxygen levels are drastically reduced. Known as eutrophication, this reduction in oxygen suffocates plants and animals, creating ‘dead zones’ in which life cannot be sustained.

Industry: In 2019, a report by the World Bank claimed polluted water is reducing economic growth by up to a third in some countries.

The report used one of the biggest databases ever assembled on global water quality from monitoring stations, satellite data, and machine learning models. Making the point that clean water is essential for economic growth, it went on to explain how a deterioration in water quality diminishes human health, impedes the production of food, and exacerbates poverty. All of which impact economic growth.

What can my business do to prevent water pollution?

Fortunately, as with most damage humanity inflicts on the environment, there are actions that can be taken to prevent unnecessary water pollution. As a business, you can:

Traditionally, businesses could not choose where they got their water from. This changed in 2017 when the English water market was deregulated. In other words, you now have a choice. 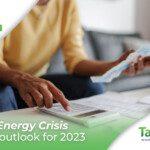 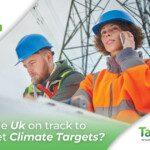 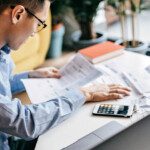