With fuel and transport today awash with acronyms, from your EVs to your LPG, adding another into the mix can feel like creating more noise in an already ear-splitting space.

Nevertheless, HVO is another acronym that’s attracting more attention each day with some describing it as a “revolutionary new super fuel”.

In this quick guide, we explain what HVO actually is, how it’s transforming the way businesses think about powering their equipment, and why it might just be exactly what your business needs in these testing times.

Hydrotreated Vegetable Oil is what’s known as a ‘paraffinic diesel fuel’. Without wishing to dwell too much on the science of it, it’s made via a process called ‘hydrocracking’. Here, hydrocarbon molecules present within raw materials such as vegetable and animal oils are broken down into more simple molecules by releasing hydrogen into a high pressure environment at temperatures approaching 400°C.

The end product – HVO – is a 100% renewable diesel that, at a chemical level, is almost identical to regular diesel. As such, it can be used as an alternative to the standard red and white diesel variants but with a major difference: it can reduce net greenhouse gas emissions by as much as 90%.

In essence, HVO users power their machinery with a fuel that behaves in exactly the same way as diesel but rather than being derived from the polluting remains of dead dinosaurs, it’s derived instead from plant, food, or animal waste.

It does, and that can put people off initially. Those with experience of first-generation biodiesel will likely have endured poor performance in cold temperatures and general high levels of maintenance.

However, HVO is a second-generation biodiesel. The hydrocracking process described above subjects the raw materials used in HVO production to a more complex refining process, meaning the end-product fuel is both cleaner and higher quality.

As HVO is also fully interchangeable with regular diesel, users need not invest in expensive infrastructure changes nor mechanical retrofits.

At this point, you’re probably starting to see why businesses once reliant on diesel are switching to HVO in their droves. So let’s elaborate on just how compelling the business case it.

With climate change having moved from a peripheral issue to one that sits front and centre on the global agenda, businesses are coming under increased pressure to clean up their acts.

In the UK, 2050 is the date by which the government expects our isles be carbon neutral and the nearer we get to it, the more the pressure will intensify to ‘go green’.

Yet, in the interim, it is not government mandates that should be prompting businesses to lower their future carbon emissions, rather it is the PR opportunities that ‘going green’ present right now. Especially for those enterprises that have traditionally been heavy users of diesel, switching to an alternative that slashes carbon emissions by as much as 90% is newsworthy.

Customers, investors, and suppliers alike will take note and your reputation will receive an almighty boost.

The main argument for biodiesels is an environmental one. Even first-generation biodiesels produce drastically lower carbon emissions but – at a chemical level – they are somewhat different to regular diesel. For the user, this means that they can’t be simply pumped into tanks when the usual stuff runs out.

In order to switch to first-generation biodiesel, users must instead either invest in pricy retrofits to existing engines or replace their machinery altogether. As a true ‘drop-in alternative’, HVO confers all the environmental benefits of legacy biodiesel but with none of the budget-thrashing costs.

The quality/performance of diesel fuel is measured using something called a ‘cetane rating’ which represents the volume of cetane (a colourless hydrocarbon that ignites under high pressures) present within the overall fuel mixture. Pure cetane is essentially the purest form of diesel available and has a cetane rating of 100.

Why is this important? It’s important because the higher the cetane rating, the better the starting performance. Moreover, higher cetane levels equate to lower cloud points – the stage at which a liquid turns into a solid. When this happens to diesel, a process called ‘waxing’ occurs whereby the paraffin wax within the fuel crystalises, builds up, and can block an engine’s fuel filters and fuel line.

In short, high cetane diesel fires up an engine more reliably – even in sub-zero temperatures – and without clogging essential parts of the engine.

HVO is safer and lasts longer

HVO has a higher flashpoint (the temperature needed for it to ignite) compared to almost all known fuels, making the handling and storage of it safer by comparison.

As well as safer storage, users of HVO benefit from longer storage as well. Regular diesel arrives onsite with a shelf life of around 12 months, but even after full decade, HVO is still perfectly usable. This is of particular benefit for businesses with multiple types of diesel-powered equipment as HVO can be used in the likes of generators and industrial power systems as well as vehicles.

And do it with confidence. Though HVO is only just starting to make ground in the UK, it is neither a new nor an untested fuel. Across continental Europe it has been used as a commercial fuel for many years and, in Northern Europe especially, can be found at pumps right next to the regular diesel.

In terms of price per litre, it should be noted that HVO tends to be around 10-15% more expensive than regular diesel but this does depend on supplier. However, for that slight differential, your business accesses a more reliable, safe, longer-lasting fuel that requires zero additional mechanical investment, and which slashes your carbon footprint.

Not bad for a few extra quid per tank fill.

For more information on powering your business with HVO, get in touch with Tariff.com today. 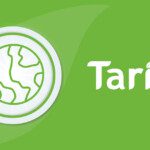 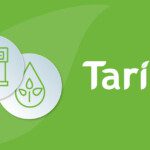 What is the cheapest, most efficient way to heat?

The ultimate guide to carbon credits and carbon...