The Race to Net Zero Emissions 2050

Ever since climate change became a tangible threat to our planet and our existence, more and more consumers are looking to move away from fossil fuels and towards renewable energy to power their homes, cars, and businesses.

A lot of people care about the future of our planet and want their consumer power to reflect their own values and commitments. That often means ditching fossil fuels and embracing greener, cleaner energy resources.

The UK Government has also committed towards a net zero emissions target by 2050, placing renewable energy at the heart of this green revolution. Once seen as less a reliable and considerably more expensive alternative to planet-polluting options, renewable energy has come a long way in the last few decades and is year-on-year supplying a larger proportion of energy on the national grid.

With 2050 firmly in our sites, the race is on to reach that all-important net zero emissions target. In this article, we’ll be taking a deeper look at the renewable energies leading the charge here in Britain.

A decade ago, wind power only contributed 4% to the UK grid. These days, however, it’s one of the most successful types of renewable energy in Britain, with an average market share of 21%. This surge in wind power usage is largely due to the concerted push for both onshore and offshore wind farms. One of the cheapest options for renewables, wind power will no doubt play an essential part in the future of renewable energy, and in helping the UK reach its target of net zero emissions by 2050. In 2020 alone, the UK invested £11.2bn into wind farm development as part of a Europe wide project and is subsequently now home to the world’s largest wind farm, Dogger Bank, which will be able to power up to 6 million homes across the UK. Indeed, wind power provision is only set to expand more in the future, hopefully creating new jobs in the process- a win for the planet and the economy.

One of the more controversial renewables, Biomass is the UK’s second largest source of renewable energy after wind power and involves taking living or once living natural element such as plants, wood chip or even animal dung and turning it into energy. As the UK moves increasingly away from coal burning, biomass energy production has hit a record high. Yet much like nuclear energy, biomass remains a grey area of the renewables debate. The controversy comes from how bioenergy is unlocked, primarily through burning, which ultimately releases more CO2 into the atmosphere. On the flipside of the debate, biomass can release less greenhouse gases then fossil fuels (depending on the type used) and when managed in a sustainable way, could be used to lower carbon emissions. For now, the long-term benefits remain murky. The Government is set to publish a new biomass strategy in 2022, which will hopefully outline in greater detail the role that biomass and bioenergy have to play in the future of renewable energy.

While the English weather may not seem suited to the generation of solar energy, the potential is certainly still there. Indeed, the amount of solar energy in the national grid has risen from 0.4% to 4.5% in the last decade. Although this effort is somewhat overshadowed by the growth in wind power, there’s a quieter energy revolution happening closer to home, perhaps even on your neighbour’s roof. It’s estimated that over 970,000 UK homeowners have their own solar panels, choosing to make an investment in renewable energy to power their homes, as well as sell excess to the national grid under the Government’s Smart Export Guarantee initiative. With installation costs for solar panels at an all-time low, there’s no telling how many homeowners will opt for solar energy in the future. These domestic contributions, alongside the development of larger scale solar farms such as Clive Hills solar park, will no doubt play a role in achieving that net zero target. 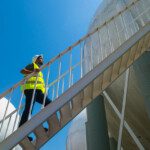 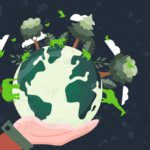 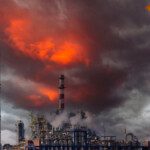 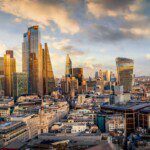